A full understanding of the mechanisms involved in chronic pain could make a significant difference in the quality of life of chronic pain patients, as well as healthcare costs and productivity. Previous clinical studies have found associations between pain conditions and levels of C-Reactive Protein (CRP), a general indicator of inflammation in the body. This study examined the relationship between underlying pain sensitivity and CRP and other inflammatory markers.

This study was a multi-level examination of the relationship between pain perception/sensitivity and exercise, weight, sleep, psychological stress, and inflammatory markers such as CRP. Twins were studied in order to see if there are genes that contribute to the association between pain sensitivity and CRP.

Two hundred (200) same-sex twin pairs, both male and female, took part in this study. Both members of each pair visited the University of Washington Medical Center together for a half-day of study activities. These included collection of blood samples, completion of pain and sensitivity tasks (hot pain, cold pain, pressure pain and vibration), and responses to questions about pain, mood, stress, and other pain-related factors. 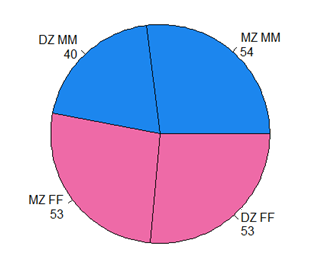 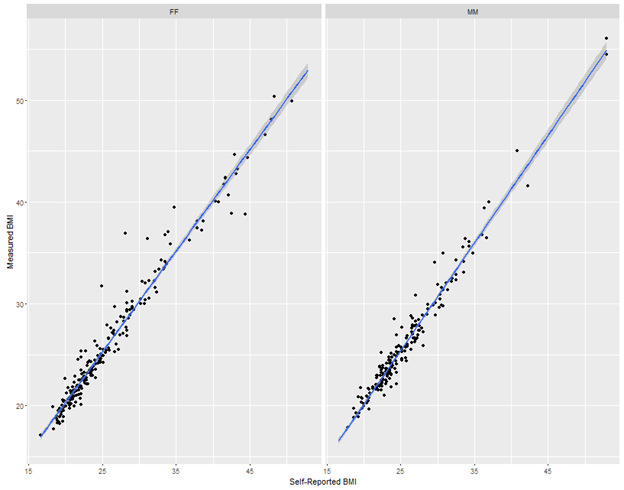 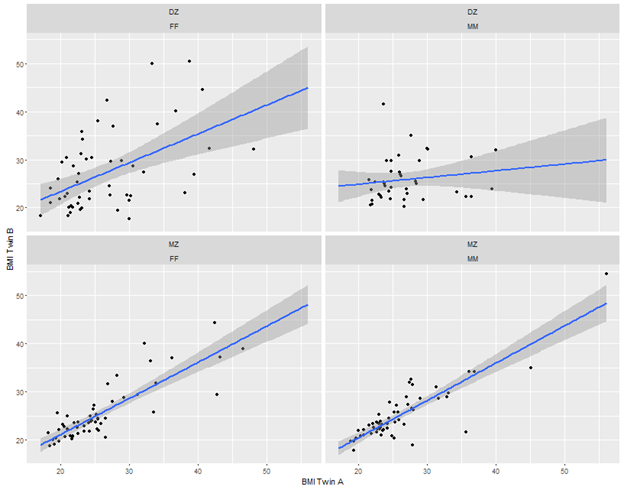 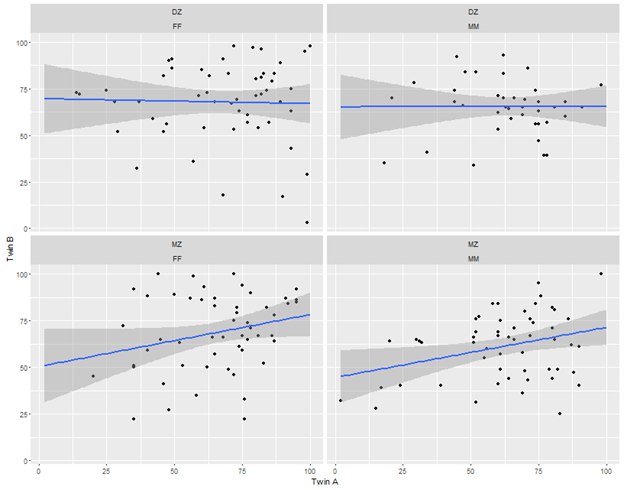 It is interesting to note that although there is a correlation between identical twins’ pain ratings when exposed to cold, this relationship goes away when exposed to hot pain. Another task that was completed by twins in this study involved having a thermode attached to the top of the arm or the top of the foot. This thermode gradually increased in temperature, and participants clicked a mouse to stop the machine at the point where they first felt pain, and then later at the point when the pain was so great they wished to stop. This test was done 6 times each for threshold and tolerance on both the arm and the foot. Participants rated their pain level on a scale from 0-100, with 100 being the worst pain ever.  The following graph shows the relationship between the average tolerance pain level for twin A and twin B. 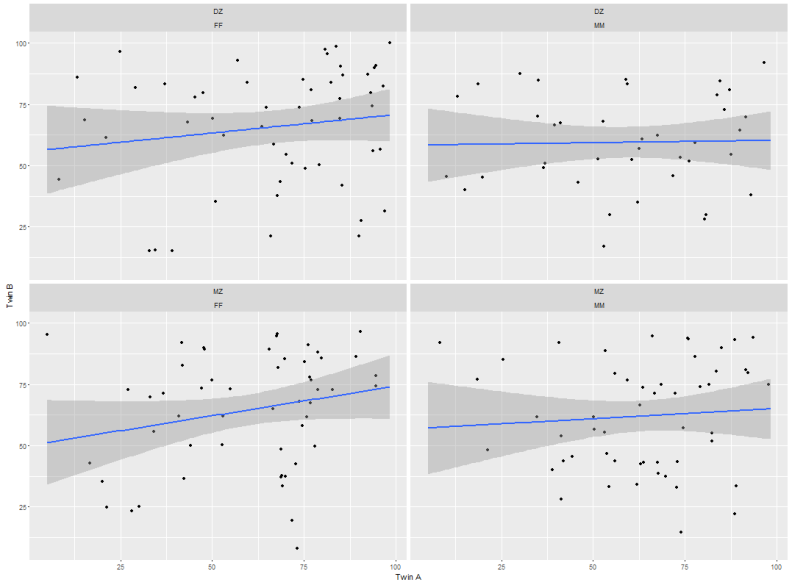