Twins share a special connection beyond that of ordinary siblings. Some people believe that this unique twin bond is endowed with extraordinary supernatural qualities. There are many stories that support this idea.

For example, twins will report that one twin experienced a physical sensation of something that was happening to their twin, such as a heart attack or labor pains. Or that one twin will sense that something is wrong when their twin is in crisis. Sometimes twins will realize that they have performed similar actions when they are apart, such as buying the same item or ordering the same meal in a restaurant. Twins may seem to know each other’s thoughts, by speaking at the same time or completing each other’s sentences. 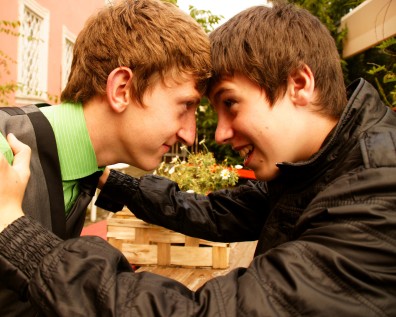 As a result of such anecdotal evidence, it has been suggested that twins can read each other’s minds; that they have special twin telepathy; and that they have extrasensory perception (ESP). However, there is no scientific evidence to confirm this.

Despite the lack of scientific proof, these personal experiences do happen to twins. It is generally accepted that they are signs of their deep emotional connection. Also, twins know each other so well that they can often predict how their twin will act or what they will say. This also happens with non-twins who are in a very close relationship, such as spouses who have been married for many years. And many twins, whether due to genes or environment, just have the same instincts, tendencies or preferences, which is why they do similar things, often simultaneously.

While this phenomenon is assumed to be more common in identical twins, it also happens in fraternal twins because they experience a deep emotional connection too.